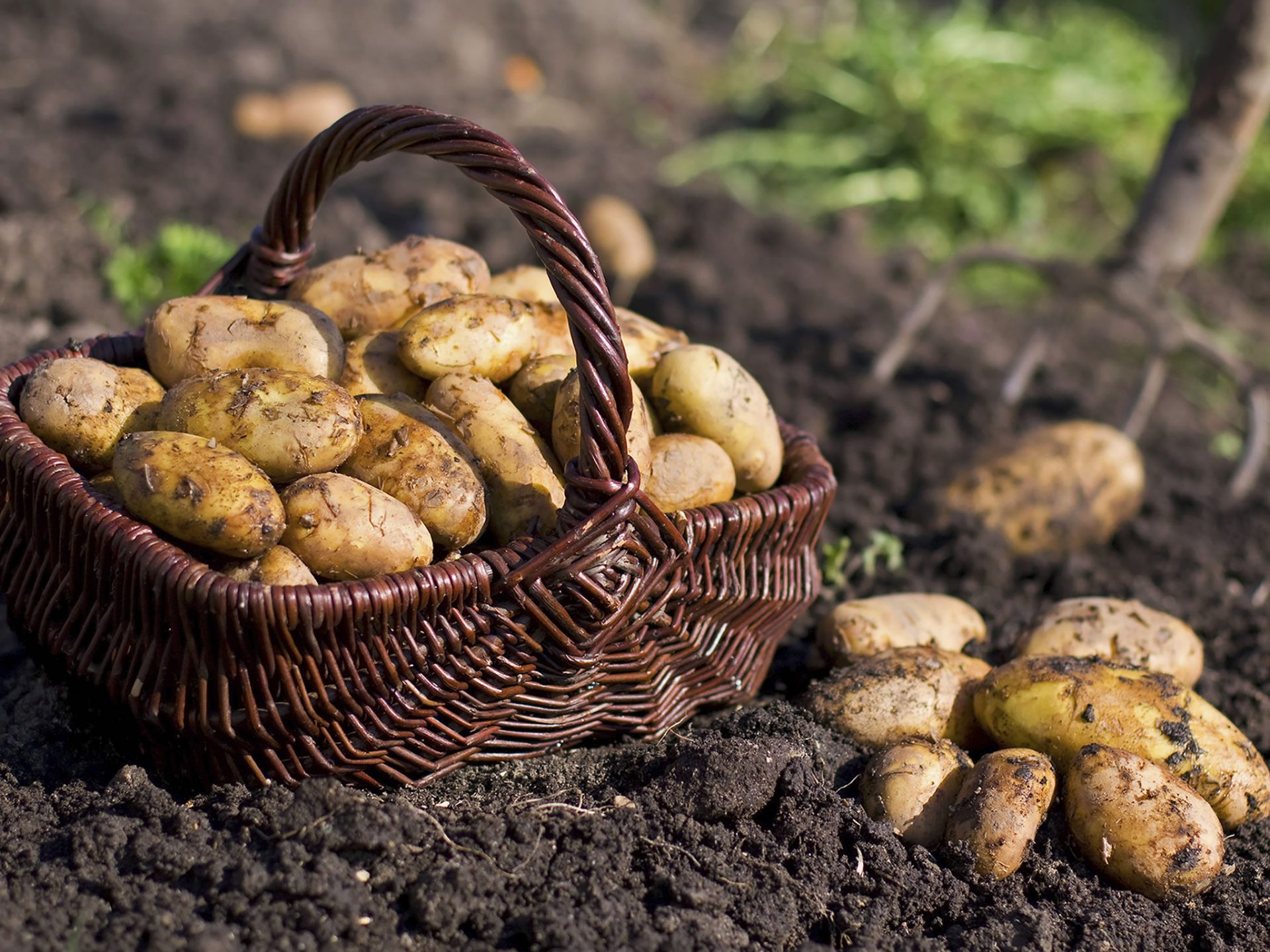 Potatoes are an important staple food in many regions across the globe. It is one of the world’s major food crops grown in more than 100 countries from pole to pole. Besides, potato is the fourth most consumed food in the world.

Besides consumption of fresh potatoes for cooking (boiled, baked, fried, etc.), potato tubers are used in a wide spectrum of applications, for instance, the production of alcohol, dehydrated food products, animal feed, commercial starch, and frozen food products. Actually, less than 50% of potatoes harvested around the world are consumed fresh.

Having originated in Andes Mountains (in the countries of Bolivia and Peru), where it was an essential part of the traditional diet of Incan People, potatoes were brought to Europe by Spanish explorers in the sixteenth century. Thereafter, the tuber spread across Europe at a brisk pace. Then, European explorers shared it with other peoples that came across whilst travelling through Asia. Until the early 1990s, North America, Europe, and the countries of the former Soviet Union were the major potatoes growers. However, since then a substantial increase in potato production and demand was registered in Latin America, Asia, and Africa. In the year 2005, the potato output volume in developing countries for the first time outstripped that of the developed countries. Nowadays, potato is one of the most widely-grown crops all over the world. As of 2017, the world’s total area used for potatoes cultivation was estimated at some 19.3 million hectares.

Over recent decades, the world’s potato production demonstrated sustainable growth. The volume of the global potato production increased from appr. 267 million metric tons (MMT) in 1990 to over 388.19 MMT in 2017.

Top five countries on the list of the global leading potato producers together contribute slightly over half of the world’s total potato production volume. As of 2017, the combined volume of the 5 largest potato-producing nations was over 219 MMT.

Structure of the global potato production by country, 2017

China tops the list of the world’s biggest potato producing countries accounting for a share of almost 26% of the world’s overall production volume. China’s potato output reached some 99.15 MMT – up from 72 MMT in 2007. Currently, the country’s area cultivated for potatoes is over 5.76 million hectares.

The country’s government supports the development of the domestic potato sector as the tuber is more profitable per acre than any other staple crops. Still, local farmers also face a number of challenges, for instance, a scarcity of high-quality, virus-free seeds, and a lack of coordination between growers.

Presently, just 10-15% of the country’s potato output goes for processing. However, in the wake of the increasing middle-class population in China, rapid industrialization along with rising interest towards Westernized cuisine, processed potato products are enjoying surging popularity among the Chinese.

India ranks second in terms of potato production volume, commanding a share of nearly 12.5% of the world’s output. The production of potato has exploded in the country since the middle of the twentieth century. Presently, the potato harvested area in India is around 2.18 million hectares. Uttar Pradesh and West Bengal are the dominant potato-producing states in India.

In 2017, India produced about 48.61 MMT of potatoes. For reference, in 2007, the country’s potato output was some 26 MMT. The potato production growth in the country is propelled by the ongoing industrialization, increasing middle- and upper-class population, changing consumer preferences, and an upturn of the fast food segment.

Presently, the potato harvested area in the country is over 1.88 million hectares. The bulk share of the country’s potato output comes from individual households. Given the country’s northerly location along with cool climate, potato farms are not concentrated in one region but are spread throughout the country. Diseases and pests present major challenges for the Russian potato production – as nearly 4 MMT of the crop are lost year on year to late blight, Colorado beetle, and viruses.

Ukraine is number four on the list of the world’s largest potato producers, grabbing a share of around 5.72% in the world’s total output volume. As of 2017, the country’s potato production volume totaled some 22.21 MMT. The area cultivated for potato growing in Ukraine is more than 1.32 million hectares.

Historically, potatoes in Ukraine were mostly used for starch in the alcohol production. The tuber has become a staple food in the country only in the early twentieth century. Presently, the per capita consumption of potato in Ukraine is about 135 kilograms per year – one of the highest across the globe. The country is rich in “black soil” which is well suited for agriculture, thuswise, potato crops have very high yields there. But, the local potato growers have to struggle with crop disease and pests.

Potato is one of the leading vegetable crops in the US. The country’s potato harvested area is over 1.02 acres. The tuber is grown in almost all states, with the highest crops grown in Idaho, Wisconsin, Washington, North Dakota, Oregon, Colorado, Maine, California, Minnesota, and Michigan. Only one-third of the domestic potato output volume is consumed fresh, whilst nearly 60% goes for the production of processed and frozen foods.